Birmingham is surely growing fast as a technology hub and the overwhelming response to the dotNetConf event was a testimony to that.

On 4th August, 2016 – the Birmingham .NET Meetup group organized a full day local extension event to the virtual dotNetConf conference, which Microsoft holds annually, to promote and educate developers about the .NET framework. The event focused on using the new .NET Core to build a real-world web application including how it can run on Linux and macOS in addition to Windows.

In their announcements, Microsoft mentioned the following about .NET Core —

“This is the biggest transformation of .NET since its inception and will define .NET for the next decade. We’ve rebuilt the foundation of .NET to be targeted at the needs of today’s world: highly distributed cloud applications, micro services and containers.”

The dotNetConf event in Birmingham was attended by more than 100 passionate technology loving people. The excitement to learn about the future of .NET was clearly visible on everyone’s face.

The event was kick started by Rob Schiefer and he introduced the audience to .NET Core and how things are fast evolving in the .NET world.

The next session was presented by Myself and I talked about exploring .NET Core with Visual Studio 2015 – Project setup, Middleware, Authentication and Authorization. I also showcased the Conference Management System – named as CONCODE.NET, which we built from scratch for the purpose of all the demos, all in .NET Core.

Steven Williams talked about the Web API changes and Configuration in .NET Core – all his demos were on Linux.

Blake Helms gave a presentation on Xamarin Forms – which was an instant hit among the crowd.

Rob Scheifer was back again and he talked about deploying .NET Core applications with Docker Containers.

He also announced that we have open sourced ConCode.NET, the project we used in all our demos. So here is your chance to learn the new things in .NET Core while developing a powerful conference management system for the community by forking it today  —   https://github.com/BHMDotNet/ConCode.NET

The full day event ended with a Live Q&A with Jeff Fritz (ASP.NET Program Manager) where he talked about the road-map for .NET Core and promptly answered to many questions from the audience.

If you want to learn more about .NET Core, then make sure to watch the informative Channel9 videos — https://channel9.msdn.com/Events/dotnetConf/2016

A big thanks to Microsoft for providing the lunch. Also I would like to thank Robb Schiefer and Blake Helms for planning this event and making it a runaway success. Finally 3 cheers to my Team!

Birmingham .NET Meetup is a great platform to connect with the bright minds, share knowledge and learn new stuffs. All of us speak the same common language of .NET , so if you are a .NET developer in Birmingham, come join us & help us build this awesome developer community. 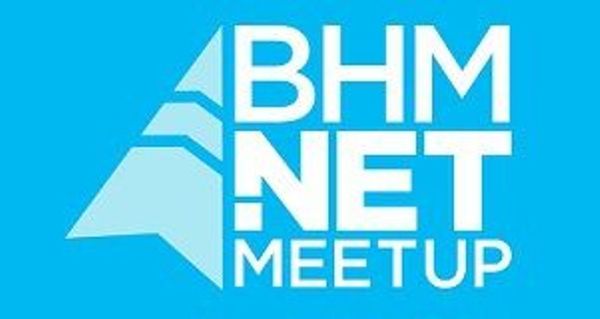 This group is for .NET professionals and hobbyists looking to continuously improve their craft.  We hope to cover a broad spectrum of topics, from C# language features to soft…

Check out this Meetup Group →